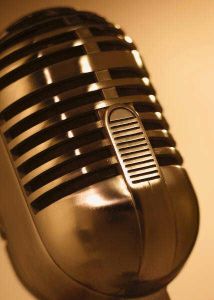 Sorry for the incredibly long absence. I haven’t posted in months. No excuses, except one. I’m terribly inconsistent.

I’m not sure what this is below; Spoken Word, Poetry, Improv, a Rap? The first stanza just kept repeating over and over in my mind one day, so I wrote it down. The rest just flowed as I sat down and wrote. It’s a story about a special Meeting.

You’ll notice there are a few words in all CAPS. These are all various names for someone I revere deeply, He goes by many names.

There once was a man who met the SON OF MAN and in that exchange he was changed forever and never did he go back to the backwash of that inhospitable and quite formidable self-centered landscape we call self.

This first encounter where his sins were no longer recounted he never forgot but others not so because many forgo gaining the world but losing one’s soul to burdensome weights and soulless estates denying their state.

He came to the realization that much more revitalizing was the glory of HIS story being lived in a Kingdom where its KING ruled with heartfelt love and LOVE itself was the sole object of all hearts without objection.

This mission had no omissions but clearly foretold that both new and old would be Good News to the world and restore what was broken through HIS body that broke, three days in the grave, JESUS now offers the way, and will return any day.

The man lived in community living communally expressing this unity through talks with the TRINITY and life with the family united in CHRIST, preparing HIS Bride, enjoying the ride, not minding the scars but closing his eyes with peace in his mind.

In the END it ended with a ceremonious crowning of crowns placed down before a throne as was thrown his entire being prostrate before a BEING so holy the holiness of the SON blinded the bright sun.

What began was not the beginning but a hint of more to come of a coming GLORY and glorious LIGHT that radiantly lights and reflects HIS reflection on unlikely canvasses of unlikable people, yet redeemed and re-purposed, to live for His purpose a canvassed mosaic of all tribes and all nations.