Here’s some food for thought as you sit on the toilet. 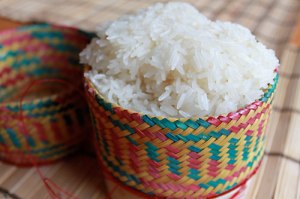 Do most Asians eat rice?  Heck yea!  Do Mexicans eat beans?  Uh…orale holmes!  Do Blacks eat fried chicken, collard greens and grape Kool-aid?  Word up.  Everyone culture has its’ soul food (except Whites maybe, what is it by the way…bread, potatoes or cheeseburgers?).

Some may think it’s rude and insensitive to generalize ethnicities as if all Asian’s came out of a fortune cookie factory, Mexicans from a churro factory and Blacks from Nestlé Crunch.  But let’s just cut the crap because we all do it to some degree…you snicker doodle.  It’s called ethnocentrism and is part of our fallen nature as human beings to assume that our culture is better than others.

We (especially Asians) talk tough about diversity but in the end we are not willing to diversify.  Just look in our refrigerators or in our Churches.  What does it say about what we really value?  We only reinforce those stereotypical stereotypes that are prevalent in every culture.  The only answer than, is to step out of our preconceived and self duct-taped boxes.

This calls for a shift in our paradigm of how we see culture.  By seeing value in diversity not for the sake of diversity, but for the sake God’s glory – the Master Artist who painted every culture.

Are we willing to put ourselves in a cultural context that is not our own?  What does it really mean to identify with others?  When we step out of what’s familiar we often find that there is more to our ethnocentrism and racial tendencies than we thought.

Changing how we think, changes how we live, which changes what we eat.

You won’t truly understand a culture until you eat its food. If you have never tried sticky rice you’re living in a world of hurt cause your missing out.  So…got sticky rice?

3 thoughts on “Got Sticky Rice?”